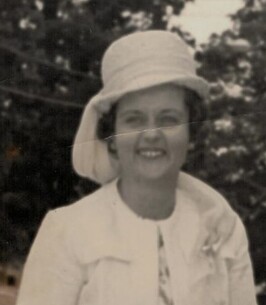 A longtime resident of Medfield, passed away peacefully, at home, with her family at her side.
Ann was an active member of the community and a tireless Patriot of the Commonwealth.
Born in Boston to the late John P. and Anna (Mahoney) Lynch on March 26, 1932, Ann grew up in West Roxbury and attended Boston Public Schools, graduating in 195o. Afterward, she earned her Bachelor’s Degree from Emmanuel College in 1954.
Ann was a tireless volunteer. She worked on many committees supporting the works of Secretary of State, Galvin and Senate President, Bulger. She was a longtime appointee to the Senate Arts Committee and was charged with the State House Restoration Project which took her to England to replicate features of the broadcloth from the 1700s. Also, as a member and past President of the Doric Docents who are volunteer tour guides at the State House. Originally, they were the Doric Dames, but took the title Doric Docents when they let men join in 1999. She worked as a supporting member of the French Library on Marlborough Street with other benefactors such as Gen. Georges F. Doriot, and Ge. James Gavin. Ann also gave of her time, on countless other committees, was a member of the Ambassadors At Large and organized and hosted a great many conventions over many years, all for the betterment of the Commonwealth.
In private life, Ann was no less energetic. Ann and her husband Edward L. Britt loved to entertain friends and other honored guests on their boat, cruising out of Hyannis Yacht Club, visiting villages and historic spots along the coast of Cape Cod, and at elegant dining establishments. Ann and Ed were great lovers of fine dining. They could be found many nights at any of the area’s best restaurants. In Medfield, Ann was a long-time member and past President of the Medfield Garden Club, and belonged to many other civic organizations.
Other than her beloved husband, Ann is survived by her son David Britt of Sandwich , but was sadly predeceased by her daughter Barbara Povah Britt-Currier in 2018. She was a grandmother to Nathan Currier and his wife Charissa of Manomet, and Lt. Kendra Currier-Smith, USNR and her husband George J. Smith III of Weymouth and the late Ian Currier. She was the great grandmother of Caleb and Braden Currier and Sloane Smith and Austin Mygan who was born on her 90th birthday. She is also survived by her remaining brother, John P. Lynch and his wife Cleo of California.
Please remember Ann for her many accomplishments and contributions as a wonderful wife and mother, a compassionate friend, a helpful and generous neighbor, and as an active member of her community.
Friends and family are welcomed to a graveside service which will be celebrated for Ann at the Sandwich Town Cemetery, Sandwich, MA 02644, on Thursday, April 29, 2022, 1:00 PM. Ann's wishes were to be buried with her loving mother and father.
Memorial donations in Ann’s name would be gratefully accepted at the Catholic Charities, https://www.ccab.org/ways-to-give/donate/.