To share your memory on the wall of Brian Hapenney, sign in using one of the following options:

Brian was born on July 28, 1984 to his loving parents Tom and Marilyn Hapenney. He was raised in Medfield, MA and graduated from Medfield High School in 2002.

Brian was born on July 28, 1984 to his loving parents Tom and Marilyn Hapenney. He was raised in Medfield, MA and graduated from Medfield High School in 2002.

Brian enrolled in the IBEW Local 103 Electrical Union and became a licensed Journeyman. He was immersed in the electrical trade but also devoted himself to general craftsmanship; completing home restorations, and other numerous projects including leather crafting and building furniture. Brian was self-taught but his creativity, talent, and attention to detail allowed him to do anything he put his mind to.

Recreationally, he was an avid fisherman and enjoyed boating on Cape Cod. His true happiness was evident during the countless days he spent on the water with family and friends.

Brian is survived by both parents, Tom and Marilyn Hapenney, as well as his two siblings, Keith Hapenney and his wife Dre, Jill Pellegrino (Hapenney) and her husband James. Brian is also survived by 3 adoring nieces and a nephew, Chloe, Lily, Reid, and Grace as well as an extended family of Aunts, Uncles, and cousins. Brian will also be greatly missed by his girlfriend Ember and their loving dog, Zoey.

Brian’s contagious smile and willingness to help will live on in the hearts and minds of those he encountered, especially his family.

At this time, the family is asking for privacy as they grieve and heal together. In lieu of flowers, donations may be made to Last Hope K9 Rescue, Boston MA.
Read Less

Receive notifications about information and event scheduling for Brian

We encourage you to share your most beloved memories of Brian here, so that the family and other loved ones can always see it. You can upload cherished photographs, or share your favorite stories, and can even comment on those shared by others. 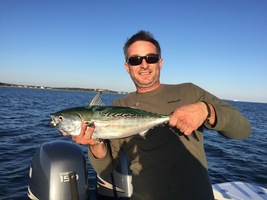