To share your memory on the wall of David Carlson, sign in using one of the following options:

Print
David Axel Carlson, Ph.D., passed away peacefully at the age of 78 following a period of declining health on Thursday, May 20, 2021, surrounded by his loving family at his home in Millis, Massachusetts.

Born in Attleboro, MA on April 7, ... Read More
David Axel Carlson, Ph.D., passed away peacefully at the age of 78 following a period of declining health on Thursday, May 20, 2021, surrounded by his loving family at his home in Millis, Massachusetts.

Born in Attleboro, MA on April 7, 1943, he was the son of Axel Herbert Carlson who emigrated from Sweden, and Alice (Johnson) Carlson of Attleboro, MA. He served in Active Duty in the United States Coast Guard from 1967 -1970; he remained in the USCG Reserves, retiring in 1980 as a Lieutenant Commander. In 1971, he began a 24-year career with the U.S. Treasury Department as a Special Agent / Task Force Coordinator in Boston, MA as well as Washington, DC. Following his retirement from the Treasury Department and other governmental agencies, David turned his focus to the academic arena for 18 years, serving as a Lecturer in the Criminal Justice and Security Program at Northeastern University in Boston, MA, then as Assistant Professor in the Department of Criminal Justice at Anna Maria College in Paxton, MA, followed by his role as Assistant/Associate Professor of Criminal Justice at Lasell College in Newton, MA, where he was also the Advisor of the college’s Photography Club. David had a strong interest in all aspects of photography which were woven throughout his career; he was especially interested in capturing images which document the depth of human diversity and dignity.

David earned a Bachelor of Science (Biology) at Upsala College in East Orange, NJ in 1965, and a Master of Arts in Teaching (Zoology and Education) at the University of Massachusetts at Amherst in 1971.Upon federal retirement, David earned a Doctorate in Philosophy (Law, Policy, and Society Program) in 1997 at the Graduate School of Arts and Sciences of Northeastern University in Boston, MA.

While completing his undergraduate studies at Upsala College, David met his future bride, Judith M. (Anderson) Carlson, who is the sister of his college roommate and fellow Viking, Raymond Anderson. Judith and David were married at St. James Lutheran Church in Barrington, RI in July of 1968.

In addition to photography, David enjoyed domestic and international travel, having visited more than 30 countries. He was an expert marksman, and SCUBA enthusiast, and appreciated music and the arts; he enjoyed writing poetry and practicing calligraphy. A man of great faith, he generously gave of his time and resources. David was dedicated to encouraging others with identifying and achieving their goals, and could often be found spending time in nature with his beloved Golden Retrievers.

David leaves behind his beloved wife of more than 52 years, Judith Carlson. He was the devoted father of Karen Karlsson and her husband David Rubino of Seekonk, MA and proud grandfather of their son, Jordan David Karlsson Rubino. David was predeceased by his cherished sister Betty Stevenson of Attleboro, MA, whose late husband was Preston Stevenson, Jr. He was also predeceased by his beloved brother Carl Carlson of Hamilton, GA, who is survived by his wife, Joyce. David is survived by his brother-in-law Raymond Anderson and his wife Nancy of Hingham, MA, and he also leaves behind many cherished nieces and nephews, as well as family in Sweden, and dear friends.

Throughout his life, David was a generous man with a magnanimous spirit. As an alternative to flowers, please consider performing a random act of generosity, in his memory.
Read Less

Receive notifications about information and event scheduling for David

We encourage you to share your most beloved memories of David here, so that the family and other loved ones can always see it. You can upload cherished photographs, or share your favorite stories, and can even comment on those shared by others.

Posted May 21, 2021 at 07:01pm
I met Dave back in 1976 at a EMT Course. at LMH . He was from Millis as I. I studied to be a EMT for the Dept but he took it just for the Knowledge. We were friends and acquaintances for the next 45 years . I am truly saddened for his family his daughter and his wife Judy. He will be missed but not forgotten. RIP my friend Dave.
Comment Share
Share via:
RN

My late husband and I met Dave and Judy at Christ the King church in Holliston in the 60s .We became friends quickly and the friendship has continued even though we moved to PA. Dave had such a calm quiet demeanor that one would never guess his profession and all he accomplished in his life. Loved his quick wit, conversations and trait of always ready to lend a helping hand. I feel fortunate to have had him in my life and call him friend. My sympathies to Judy,Karen and families. Love and prayers Rochelle Nyman
S

Judy, Karen and family, I am so sorry for your loss. May the cherished memories of your husband and father remain close to your hearts forever. God bless. Siobhan (Fay) Flaherty Millis MA 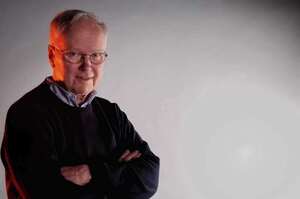