To share your memory on the wall of Leonard Haigh, sign in using one of the following options:

Receive notifications about information and event scheduling for Leonard

We encourage you to share your most beloved memories of Leonard here, so that the family and other loved ones can always see it. You can upload cherished photographs, or share your favorite stories, and can even comment on those shared by others.

Posted Jan 02, 2021 at 03:23pm
Bevy and the gang....Lenny = The True Gentleman Run silent run deep . It would be so nice t0
be back on Duffy's deck with and adult beverage and solving all the worlds troubles. And enjoying the company
of the wonderful families.
Best
Clark Holland Sr.
Comment Share
Share via:
SF

Posted Dec 29, 2020 at 08:56am
We are so sad learning of Lenny’s passing.
We will cherish our memories of our visits and chats.
May God bless all of you in the difficult days ahead.
In deepest sympathy,
Scott, Siobhan and Cassidy Flaherty
Comment Share
Share via:
PF

Posted Dec 26, 2020 at 01:15pm
I have been told by my father-in-law that when Lenny played basketball at Medfield High School that he set a single game scoring record, I have also been told that it happened on his birthday. I will always remember Lenny as a kind and generous man.
Comment Share
Share via:
ES

Posted Dec 23, 2020 at 05:44pm
To Bev, Kim, Paul, and Mark so sorry to hear about Lenny. He sure will be missed. You all are in my thoughts and prayers.
Comment Share
Share via: 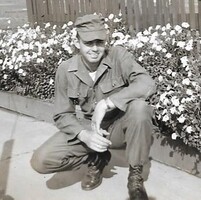 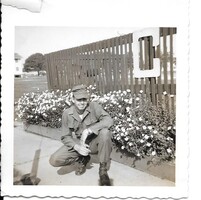 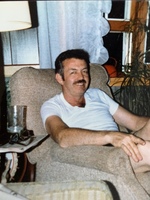