To share your memory on the wall of Michael Lowre, sign in using one of the following options:

Michael grew up in Roslindale and lived in Walpole for the last 20 years. Michael was a devoted husband to his high school sweetheart Julie (Downing) Lowre, of West Roxbury. They married in May of 2000, and have been by each other’s side for over 30 years. Michael was not only a loving husband but he was a devoted loving father to his three children Bradyn (16), Ryan (13) and his beautiful daughter Madelyn (7). Michael’s own battle against cancer started just 14 months after his daughter Madelyn was diagnosed with Leukemia. Both Father and Daughter were valiant cancer warriors, but for reasons we will never understand only one would survive.

Michael attended Catholic Memorial High School (class of ’92) where he made life-long friends, and then attended Northeastern University where he studied Business. Michael was a highly successful VP of Sales in the consumer goods industry. He traveled extensively and enjoyed meeting and working with his colleagues and made great friends and contacts all across the country. Mike and Julie’s love of golf and Disney would lead to impromptu trips to Florida several times a year. Michael taught his boys how to golf, fish and to live life to the fullest. They learned how to be respectful, kind, caring and compassionate gentleman. All three children shared the same love for Disney World that their father had and it became their happy place. The most important lessons Michael “taught” to his children was by way of his fine example. Michael was the most mild-mannered humble person with a love for life and although he was a man of few words, when he spoke he could draw in listeners for hours even with his doses of sarcasm! Mike was wise beyond his years and knew what was most important-and it was his family. His legacy of kindness, compassion, and his love of life will live on through his children forever.

In addition to Julie, Bradyn, Ryan and Madelyn, Michael is survived by his mother, Nancy (Fahey) Lowre of Roslindale, as well as his sister Susan Galante and her husband Robert, of Hyde Park, brothers David and Kevin Lowre of Roslindale. Michael was predeceased by his father David Lowre. Michael was also survived by several nieces and nephews. Although Michael was their“ son-in-law” to Jesse and Eileen Downing of West Roxbury they loved and adored him like a son. This loss is beyond devastating for all who knew Michael and there isn’t enough time in the world to heal the deep wounds that will forever be left behind.

The family will be there to welcome friends and relatives to share their memories during visiting hours at the Roberts Mitchell Caruso Funeral Home, 15 Miller Street, Medfield, on Monday March 29, 2021 4-8. Funeral Services will be held at Blessed Sacrament Church, 10 Diamond Street, Walpole on Tuesday, March 30, 2021 at 11:00, interment to follow at St. Francis Cemetery in Walpole.

The services will be live streamed at: www.harborview.live

For those wishing to make memorial contributions you may do so at: https://www.gofundme.com/f/love-for-the-lowre-family?qid=19ac44b41a0853e0308dbfc84ccd45ff
Read Less

Receive notifications about information and event scheduling for Michael

We encourage you to share your most beloved memories of Michael here, so that the family and other loved ones can always see it. You can upload cherished photographs, or share your favorite stories, and can even comment on those shared by others.

Posted Mar 26, 2021 at 08:46am
Julie, kids, we are so sorry for your loss. We are heartbroken, but also joyful for having been blessed with Mike's friendship and love over the years. All our love, Jay & Bobbie Flynn 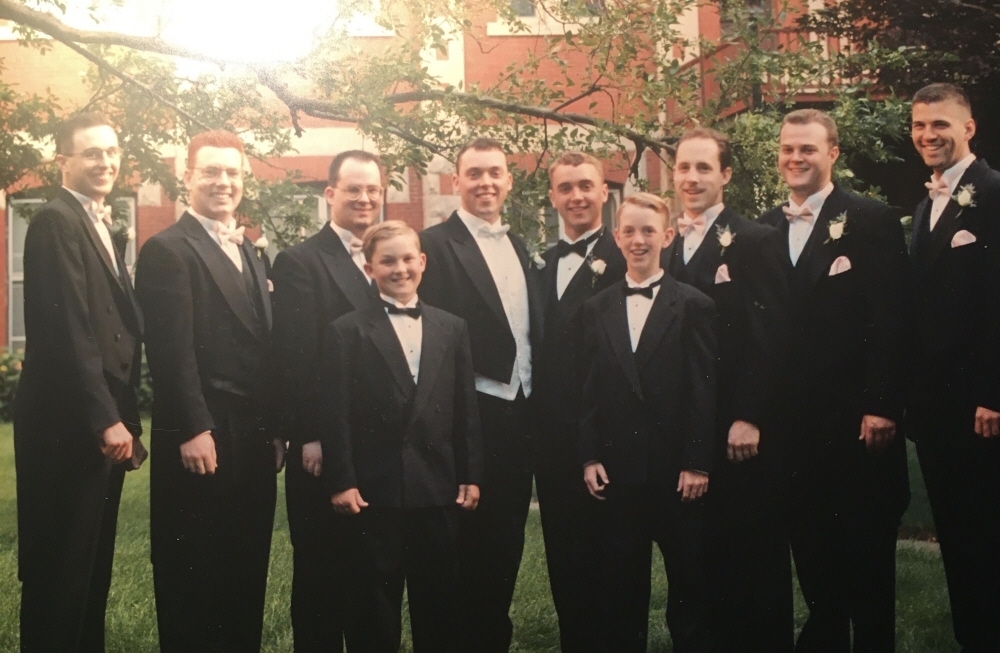 Posted Mar 25, 2021 at 04:22pm
I had the pleasure to work with Mike at Plum. He was such a great guy to be around and have great memories of those days! My deepest condolences to Mike's entire family. May God comfort you all and welcome with open arms that truly great spirit which is Michael Lowre.

Posted Mar 25, 2021 at 04:07pm
My deepest condolences to Mike's entire family. I am so sorry for you loss. Mike was a great guy and I will always remember him fondly from our days at Plum. Here are a few pictures that I had of some great times with him. May your memories of Mike live on! Most sincerely, Pat Naples

Posted Mar 25, 2021 at 07:39am
The bounce in your step & your ice coffee stories of kids, family & friends brighten my day... Looking through life through your blue eyes put a smile on many face. Rest
Comment Share
Share via: 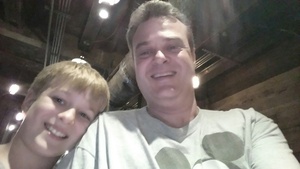 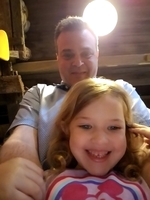 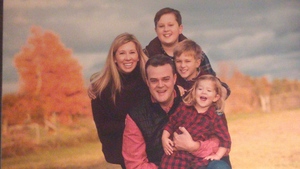