To share your memory on the wall of Richard Palson, sign in using one of the following options:

After living in Gloucester and Braintree, the family settled in Winchester where he graduated from high
school. He was accepted into the Massachusetts College of Art where he met the woman who would
become his wife, Barbara Chase. But his education was interrupted by World War II: Dick volunteered
for the Army Air Corps and became a fighter pilot in the 479th Fighter Group, 436th Fighter Squadron
stationed at Wattisham, England. His main duties were high altitude fighter escort to heavy bombers and strategic ground attacks from which he had recorded 10 aircraft kills in his P-51 Mustang. He flew many missions over German-occupied Europe, even volunteering to take other men’s missions because he so loved flying. He was honorably discharged in November 1945, achieving the rank of Second Lieutenant, and was awarded the Distinguished Flying Cross, the Air Medal, with nine Oak Leaf Clusters, as well as the European African Middle Eastern Service Medal. Dick continued as a member of the Air Force Reserve until June 1955.

When the war ended, Dick returned home to marry the love of his life, Barbara, and complete his
education. He graduated from Mass. Art with a diploma in Commercial and Industrial Art. After working
for Farrington and Mele Manufacturing, he became a free-lance industrial design consultant and inventor
who carried many patents and created several companies. Among many things, he designed an innovative
delivery system for a bronchodilator which allowed easily measurable amounts of asthma medication to
be administered.

Dick Palson was a man of many and varied interests. He was a duck hunter who made all his own decoys
and duck-boat; a fisherman, both salt and freshwater, who tied all his own flies. He enjoyed photography
and built a home darkroom where he developed and printed his photographs. Dick read widely on all
subjects, embraced changing technologies. He will be remembered for his generous spirit and “eternal
optimism” in the face of difficulty. He was a man rarely complained.
Dick is survived by two daughters, Lisa Priest of Millis, and Kirstin Palson of Medfield. He lost his wife
of 73 years, Barbara Chase, in 2019 and his daughter Tana in 2015. His sister Shirley Bagwell lives in
California.

He will also be missed by his grandson Garth Priest, wife Erin and daughter Uma-Jane of Virginia; by
granddaughter Britta Priest of New York City; and by granddaughter Tessa Priest Castellana, husband
Frank, and daughters Genevieve and Sienna of Long Island.
In lieu of flowers, the family is grateful for donations made to any charity that helps improve the lives of
children world-wide.

All are welcome to attend the memorial service and interment at Vine Lake Cemetery overlooking the
Charles River marsh on Monday, June 21 at 11 a.m.
Read Less

Receive notifications about information and event scheduling for Richard

We encourage you to share your most beloved memories of Richard here, so that the family and other loved ones can always see it. You can upload cherished photographs, or share your favorite stories, and can even comment on those shared by others.

Posted Apr 27, 2021 at 06:36pm
I've always marveled at what a beautiful human this man was. I met Mr. Paulson, or 'Grumps', as he was lovingly called, as a friend of one of his beloved grandchildren. I was a young person who'd not yet been in the presence of many loving, kind, open-minded men. He was unbelievably wise, and so warm. He left an imprint on my heart, the very first time I met him. His humor, curiosity and good will towards others spread love and positivity; more than could ever be measured. I'm saddened by the passing of this unforgettable human being, but I'm grateful that these gorgeous qualities live on in his family. My condolences to Lisa, Kirsty, Britta, Tessa, Frankie, Garth, Erin, and all of the great-grandbabies.
Comment Share
Share via:

Posted Apr 22, 2021 at 10:46am
My thoughts and prayers are will you all at a time like this. I so enjoyed playing at the Palson house. I Remember Dick's pipes and his decoy ducks. My most fond memory is the turtle bowl, his basement office, and his kind and gentle voice. He was such a wealth of knowledge. Lisa and Kirstie I am here for you, please let me know If I can do anything to help. Your entire family was so kind and loving, they are greatly missed. Bridge Street will never be the same without Barbara and Dick. Love and prayers. Donna
Comment Share
Share via:
RB

Posted Apr 20, 2021 at 10:24am
Such sad news. Dick was a great and classy man: outdoorsman, role model, self made businessman, engineer, pilot. We first met at Wills Hardware - where he used to come in and tease Warren Robinson and me about how great it is to fly fish - we were bait fisherman. Later, in the basement shop of his Bridge St. home, Dick taught Mike Hesnan, Tim Patterson and I how to carve duck decoys. I have a Dick Palson decoy in my office. He taught me how to duck hunt and the four of us would also pheasant hunt the marshes of Medfield - back when it was OK to do so. Dick was a reference and his support helped me land a full time job with the US Forest Service. I am better having known and learned from Dick. My sympathy to the Palson Family. Robert Bryant, Eagan, MN
Comment Share
Share via: 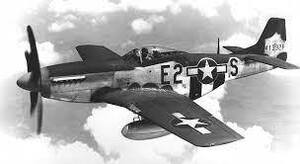 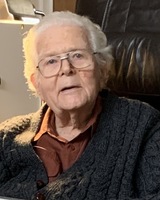 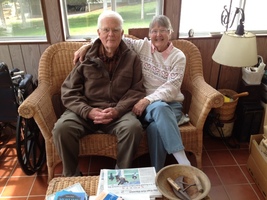