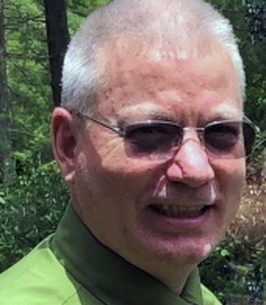 Robert Brian Ellena passed away unexpectedly, of natural causes, at home on Tuesday, February 1, 2022. Bob was born to Patricia Ann Crooks and Robert Francis Ellena in Detroit, MI on 1/11/1958. He grew up and attended public schools in Medfield, MA. He went on to attend Berklee College of Music to pursue his love of music after playing the saxophone in the Medfield High School Stage Band (first chair). While living in Boston he worked in carpentry in the Back Bay area but quickly learned that was not his lifelong dream. So, he moved to Kansas, studied engineering and received his Associate and Bachelor degrees in Civil Engineering. While studying in Kansas he met his future wife, Jenny Duffy. They were together for 30 years prior to his passing. From Kansas they moved back east where Bob worked in the Bridge Program of the Maine DOT and received his Master’s degree. After a few cold years in Maine, Jenny and Bob relocated to Purcellville, Virginia where Bob was employed as a bridge structural engineer for the Federal Highway Administration, Eastern Federal Lands Division in Sterling, Virginia.
Bob was somewhat of a jokester. He enjoyed meeting people and making them laugh. He could walk up to a crowd of people and engage with them as if he had known them for years. He very much valued his friendships with his work colleagues. He was very proud of his nieces and nephews and enjoyed spending time with them. Bob’s dogs (German Shepherd rescues) were very important to him; he loved them dearly. He was dad to Romy, Buddy-Smudge, Miles, Ruby, Auggie, Oliver and Stevie Valentine. Bob enjoyed using his carpentry skills to complete Jenny’s and his first fixer-up home in Kansas City, into a beautiful masterpiece; continuing to use these skills in both their homes in Maine and Virginia. He loved the natural world in all its beauty.
Predeceased by both his parents; Patricia and Robert, Bob leaves his wife, Jennifer Duffy, three siblings, Jeffrey (Janel) Ellena, Gregory (Barbara) Ellena, and Elizabeth (Mark) Grybko and their children Stephanie and Jesse Ellena, David, Kristen, and Katherine Ellena, and Christopher Haigh and Beth’s grandchildren; Bob’s sister-in-law Tina (Chuck) Schell, and their children, Eve (Justin) Samek , Joseph (Amber) Schell and their three grand-daughters; brother-in-law Terence (Susan) Duffy, their children and grandchildren; sister-in-law Kathleen (Larry) Bloomfield along with several cousins and their families, in particular his cousin Susan (David) Whitehead with whom he shared a special relationship, his friend and mentor Ingrid Vancil and his lifelong friends, the Sproules Family, especially John.

A Celebration of Life, to be announced, will be held later in the spring. Donations in Bob’s memory may be made to the Westside German Shepherd Rescue of Los Angeles at https://sheprescue.org/donate.htm.
Please keep him in your prayers and memories. He will be so dearly missed.