To share your memory on the wall of Robert Schlesinger, sign in using one of the following options:

Print
Robert Matthew “Bob” Schlesinger, Jr. passed away peacefully at home surrounded by his family on March 3rd, after a courageous battle against a rare brain disease. He was 62.

Bob was never one for birthdays, but was born on March 26... Read More
Robert Matthew “Bob” Schlesinger, Jr. passed away peacefully at home surrounded by his family on March 3rd, after a courageous battle against a rare brain disease. He was 62.

Bob was never one for birthdays, but was born on March 26, 1958 in Hartford, CT, the youngest child of Robert Sr. and Irene (Gould) Schlesinger. He is survived by his wife of 38 years, Gail (Lundstrom); two children, Jessica of Boston, MA, and Robert III and his wife Meghan of Boston, MA; sister Barbara Schlesinger of Vermont, and pre-deceased by sister Linda Charland of Maine.

Bob learned hard work at a young age, first working at a pig farm when he was 8 years old, then taking jobs at IHOP and Agway. As a teen, Bob thumbed his way from East Hartford to the Cape every summer until he could drive. Bob worked odd-jobs there, from bouncing at the Beachcomber, to landscaping, to construction.

Bob and Gail met on a blind date at a Hartford Whalers game, and shortly thereafter he moved to the Boston area to be with her; they were married two years later in 1982. Soon after, Bob started his own construction business, Atlantic Builders, Inc. Bob and Gail built two houses together, in North Reading and Medfield, and Bob grew his business through word-of-mouth, with many clients, and generations of clients, who grew into lifelong friends.

Bob always stressed the importance of family, and once Jess and Rob were born, Bob’s life and work were tailored around the kids. He coached hundreds of girls and boys in the area, through town sports, NMM Vikings, or NESLL. He was a no-nonsense coach, who expected a lot but taught his players how to reach their full potential both in sports and in life. Many of his players considered him a second father.

Bob and Gail continued to spend a lot of time down the Cape throughout their life and recently bought a house in Orleans, MA. They spent most every weekend year-round golfing, doing various home improvement projects, or driving out on the beach. The only place Bob ever really relaxed was lounging on a chair next to his F-150 on Nauset.

Bob would want to be remembered for being disciplined, strong, honest, and for always putting everyone else first. He leaves behind many friends and family, his MedVegas crew, his amazing doctors who went above and beyond for him, and countless others. He will be missed but never forgotten.

Family and friends are invited to visiting hours at Roberts Mitchell Caruso Funeral Home, 15 Miller St., Medfield, MA 02052 on Sunday, March 7, 2021 from 3:00 PM until 6:00 PM. The burial will be private. In lieu of flowers, please consider making a memorial donation in Robert’s name to the Boston University School of Medicine at;

https://trusted.bu.edu/s/1759/2-bu/giving/interior.aspx?sid=1759&gid=2&pgid=422&cid=1060&dids=131&appealcode=WEBMED-DV.
Please state in the comments that the designation is for "sarcoidosis research”.
Read Less

Receive notifications about information and event scheduling for Robert

Print
All guests are required to wear face coverings and are asked to observe the current social distancing guidelines.

We encourage you to share your most beloved memories of Robert here, so that the family and other loved ones can always see it. You can upload cherished photographs, or share your favorite stories, and can even comment on those shared by others.

Posted Mar 07, 2021 at 02:58pm
Gail and family,
I knew Bob mostly through Gail and her stories of his love of family and friends. Their going to Robbie and Jesses games when they were young. Raking leaves and painting the Cape house. Trips to Mexico. There was a lot of love and joy. He will be missed.
Comment Share
Share via: 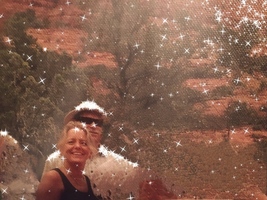