To share your memory on the wall of Stephen Cook, sign in using one of the following options:

Receive notifications about information and event scheduling for Stephen

We encourage you to share your most beloved memories of Stephen here, so that the family and other loved ones can always see it. You can upload cherished photographs, or share your favorite stories, and can even comment on those shared by others.

Posted Mar 26, 2021 at 02:31pm
Tricia,
I am just learning about Steve's passing. I am deeply sorry for your loss. Steve was a very kind gentleman who always had a smile on his face. He was the kind of person you could reach out to for recommendations on household repairs. He and his brother took on a job at my home in Medfield a few years ago. He will be missed by anyone who knew him.
Comment Share
Share via:
CL

Posted Mar 13, 2021 at 08:44am
Steve was such an upbeat and optimistic guy, any time I called him it cheered me up even though it was always work related. Nothing could get him down. I will always take that lesson of his spirit with me. His positive attitude, good faith, character, helpfulness, humility, and sense of humor will be remembered by me. Great guy in every way. He will be missed.
Carl Leguia.
Comment Share
Share via:
J

Posted Feb 28, 2021 at 02:50pm
It really hurts to hear of Steve's passing. We had so many memories from the 60's,70's,80's and into his wonderful new life that he shared with Tricia. Life is too short and although regrets are a waste of energy I do truly regret not having a more recent reunion with him. My favorite newer memory was his running of the Charles restaurant and the bands hosted there. What fun! His smile and laugh were infectious and I am glad he was a part of my high school life. We were voted class rebels (?) holding a now, very politically incorrect, Confederate flag. My sincere condolences to Steve's family at this difficult time. My best, Jan Johnson
Comment Share
Share via:
ES

Erik Stivaletta: I met Steve when he was working for JB Sash in Chelsea, MA when he noticed my last name he continued with a memory that he would meet my Uncle Albert when Horseback riding. Steve was very knowledgeable in the building industry and i did business with him when he relocating to Chase Building Materials in Foxborough i continued that relationship. We had many conversations about family and how much he cared for his wife, children and grandchildren. He was clearly devoted family man. We also talk about the challenges of doing business and we shared our life experiences. I will surely miss him.
PF

Posted Feb 25, 2021 at 06:46pm
Dear Cook family, My name is Peter Filosa. I met Steve at the Charles Cafe and ran into him in Medfield over the years. I have special needs and Steve was always kind to me. I want to send my condolences to Tricia and family. Sincerely, Peter Filosa
Comment Share
Share via:

Posted Feb 24, 2021 at 12:06pm
Our Favorite Memories and Adventures include one very Special Person: Steve Cook. We knew that the first time we met him, which involved throwing him behind a curtain , surrounded by no one else he knew, giving him a microphone and told him to pretend to be a former football player at a high school of the girl whose birthday we were celebrating! Without hesitating, Steve took that microphone in his hand and became a team player in "This Is Your Life"! Yes, this is how Steve lived his life! Always the first to say, "I'M IN"! This is what we have always loved about Steve, his willingness and eagerness to join in; whether it was to help a friend or just to have a 'Good Time'! Steve's life gave us memories too beautiful to forget . We will always keep him close to our hearts forever. And thank you ,Tricia, for bringing Steve into our lives.
Sherry and Myron
Comment Share
Share via: 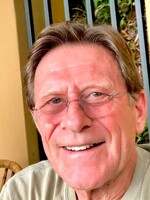 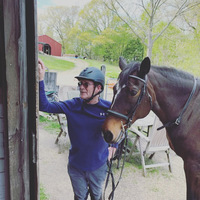 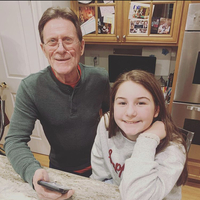 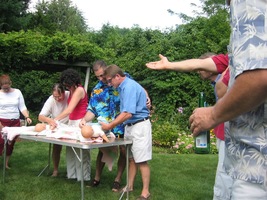