To share your memory on the wall of Wayne Brown, sign in using one of the following options:

Print
Wayne Brown died peacefully at his home in Medway, MA on April 13that the age of 82.

Wayne is survived by his loving wife Alice (Peterson) Brown, son Wayne Brown and wife Catherine of Medway, son Gary Brown and wife Amy of Franklin, son... Read More
Wayne Brown died peacefully at his home in Medway, MA on April 13that the age of 82.

Wayne is survived by his loving wife Alice (Peterson) Brown, son Wayne Brown and wife Catherine of Medway, son Gary Brown and wife Amy of Franklin, son Jeff Brown and wife Julie of Foxboro, daughter Tracy Narbeth and husband Dave of Uxbridge. Wayne was a devoted “Papa” to his 12 grandchildren, Connor, Sean, Cameron, Ryan, Luke, Griffin, Timmy, Carson, Tommy, Elizabeth, Callum and Liam. He was also survived by his sister Linda Baker and many nieces and nephews. Wayne was preceded in death by his parents, Vernon and Virginia Brown, father-in-law and mother-in-law Fred and Elizabeth Peterson, and grandson Aidan Brown.

Wayne was born in Boston on October 29, 1938 to Vernon and Virginia Brown. He was a graduate of Needham High School and Burdett College. Wayne then served in the United States Army from 1958 to 1961. He worked in sales at Patriot Plastics for most of his career. Wayne married Alice (Peterson) on September 16,1972in Weymouth. Wayne and Alice moved to Millis, Massachusetts, where they would spend most of their lives. Wayne was a devoted sports fan who loved to spend his free time watching the local teams. Wayne was a founding member of the Millis Soccer Club which introduced the sport to countless children. Wayne spent many years coaching his children’s soccer teams. Wayne loved a good conversation with family and friends, and all those who knew him appreciated his good nature, sense of humor, selflessness, and genuine interest in others. Wayne’s ultimate passion was his family, and he took great pleasure in spending as much time with them he as he could.

There will be Visiting Hours on Thursday April 15th at the Roberts Mitchell Caruso FH, 15 Miller St, Medfield. The Burial will be private.
Read Less

Receive notifications about information and event scheduling for Wayne

We encourage you to share your most beloved memories of Wayne here, so that the family and other loved ones can always see it. You can upload cherished photographs, or share your favorite stories, and can even comment on those shared by others.

Posted Apr 16, 2021 at 01:02pm
Love and prayers to the Brown family. Your dad/husband was a terrific guy and helped create the greatest neighborhood I've ever known and where I was extremely fortunate to grow up. Rest in peace, Mr. Brown. - Bill Draper
Comment Share
Share via:
J

Posted Apr 13, 2021 at 05:35pm
I’m so sorry for your loss. May the comfort that God gives along with the comfort from family and friends sustain you in the days ahead.
Comment Share
Share via:
SD

Wayne was a kind, friendly man, and always a gentleman. He was a favorite soccer coach, who made every child he coached, feel valued. He always had a smile and a positive outlook. He and Alice raised a wonderful family. I have great memories of him and Alice in the “good old days.” Fly with the angels, Wayne. 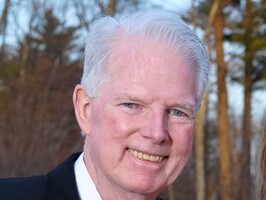