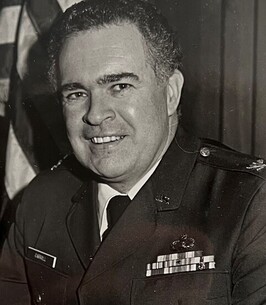 William F. Carroll of Needham, MA died on Saturday, November 19 after a brief illness. He was 86 years old. Born in Providence, RI on September 21, 1936, to William and Catherine (McDevitt) Carroll, he grew up in Greenville, RI. He was pre-deceased by his parents, brother Robert Carroll, grandson and namesake William Ingram, and beloved wife Marilyn Carroll. He is survived by his five children, Patricia Janicek (Steven,) Linda Phelan (Mike,) Janice Sturchio (Rich,) Kristen Dreyer (Chuck,) and Michael Carroll (Siobhan) as well as nine living grandchildren; Robert Ingram, Kate Dreyer, Samantha Sturchio, (Erik Wilson,) Michaela Carroll, (Ross Provolo,) Meghan Dreyer, Frank Carroll, Michael Phelan, Jessica Sturchio, and Joe Carroll, and two great-grandchildren, Hunter Ingram, aged 3-1/2 and Margot Carroll-Provolo, aged 1. He is also survived by sisters Susan Caisse and Cathy Mason, as well as numerous nieces and nephews.
Bill Carroll lived a long full life, from the ball fields and frozen ponds of Greenville to the gridiron and classrooms at Brown University. On the day of his graduation from Brown, he also became a father and was commissioned as a lieutenant in the US Air Force. He later served in the Air National Guard, retiring as a Colonel. As a young Lieutenant, he served in Germany during the Berlin Crisis and as a Colonel, he was awarded the Legion of Merit for exceptionally meritorious conduct in the performance of outstanding services and achievements. In the course of his career, he obtained a bachelor’s degree and a master’s degree from Brown University and a law degree from Suffolk University.
He and his wife Marilyn raised their family in Barrington, where he was an English and History teacher and football coach at Barrington High School. He moved on to public service under three Rhode Island Governors, ultimately serving as Chief Aid for Policy to Governor Joseph Garrahy, and later as the Director of the Department of Business Regulation. Among his proudest achievements was the part he played in the founding of Rhode Island Legal Services, a not for profit which provides legal representation to low-income clients; his work in that regard was recognized as the “sine qua non”.
In 1984 he became Executive Director and later President of the Life Insurance Association of Massachusetts, moving to Medfield, MA where he and Marilyn spent many happy years, watching their children begin their adult lives and welcoming ten grandchildren into Poppy and Fuffy’s house.
A Mass of Christian Burial will be celebrated Monday, November 28, 2022, at St. Theresa’s Church, 35 S. Main Street, Sherborn MA at 11:00 AM. Interment with military honors will follow at Vine Lake Cemetery, 25 Main Street, Medfield MA. Friends may greet the family before Mass on Monday, November 28, from 9:00 AM to 10:30 AM at the Roberts Mitchell Caruso Funeral Home, 15 Miller St., Medfield, MA 02052.
In lieu of flowers, Bill’s family requests that donations be made in his memory to the Semper Fi and America’s Fund (https://thefund.org)