To share your memory on the wall of Basil McCulloch, sign in using one of the following options:

Age 87 of Medfield, peacefully on April 26, 2021. Formerly of Newton and Somerville, Basil was the son of the late Norris and Annie (McGrath) McCulloch.

Age 87 of Medfield, peacefully on April 26, 2021. Formerly of Newton and Somerville, Basil was the son of the late Norris and Annie (McGrath) McCulloch.

Basil served in the United States Army as a Military Police Private First Class and was stationed in Japan after the Korean War.

Basil was employed as a Supervisor in the Medical Products Division for the Sanborn Company and Hewlett-Packard for 27 years. He was a former Co-owner with his wife Patricia of the Country Squire Deli & Bakery of Westford, MA. He also worked for many years as a cook for The Chateau, The Pillar House and the Marriot Newton on the Charles.

Basil was a member of the American Legion Post 110. He was a huge fan of Medfield High School sports teams. He also enjoyed watching his grandchildren compete in youth sports and the performing arts. He loved watching the Boston Celtics, Red Sox and New England Patriots.

He was the husband of the late Patricia (O’Neil) McCulloch, loving father of Steven McCulloch and his wife Diana of Franklin, Gail Carlton of Mansfield and Carol Shuman (Harris) of Norfolk. Brother of the late Norris McCulloch, Rosslyn McCulloch and Rita Valentino. Brother-in-law to Diane MacDonald and Thelma McCulloch. Also survived by grandchildren, Stephanie, Allyson, Joshua, Nolan and Kate.

Funeral Services will be Tuesday, May 4th 11am at the Roberts Mitchell Caruso FH, 15 Miller St, Medfield. Burial will be private. Visiting hrs will be Monday from 4-7.

Receive notifications about information and event scheduling for Basil

We encourage you to share your most beloved memories of Basil here, so that the family and other loved ones can always see it. You can upload cherished photographs, or share your favorite stories, and can even comment on those shared by others.

Posted Apr 28, 2021 at 07:46pm
We are so sorry to hear this news- Basil was truly a friend to all and a very special person to the Conroy family. His simple mission in life: "Be Nice" May Basil rest in peace knowing how many lives he touched. We will miss him dearly. Neil, Denise, Sean, Matt and Zach Conroy
Comment Share
Share via: 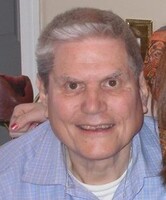 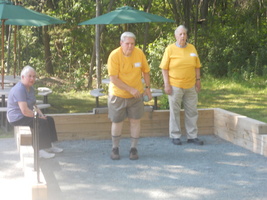